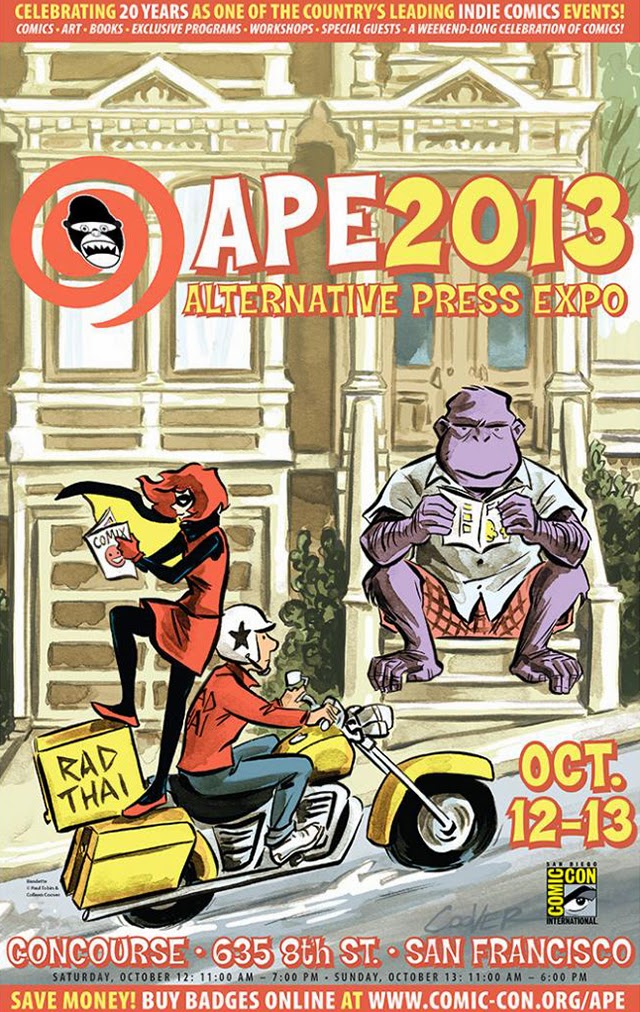 Dylan & Nicole break the silence with their recap of San Francisco's Alternative Press Expo!
Spoiler Alert: Babies.Download this episode (right click and save)

This artist enclave is doing some truly wonderful things with the medium. Last year they really wowed Dylan with their book Vibration Incorporate. And Tale With a Soul was definitely a stand-out book for Nicole and Dylan this year as well. The aversion to narrative their books posses is such a pallet cleanser after a long trudge up traditional narrative mountain.

These guys are doing Sci-Fi comics with a serious Heavy Metal influence. If you like Moebius, Juan Jimenez and that batch of lunatics, these books are definitely up your alley.

No San Francisco comic convention is complete without an appearance by the biggest little publisher in comics: Action Lab Entertainment.
Jeremy Whitley's all-ages fantasy series about "a princess that decides to save herself" has been a huge hit with critics. And Volume 2 with art provided by Emily C. Martin is no different!
If you know a person of reduced chronological experience, then they are sure to enjoy it. Heck, you will to!
Still not convinced? Here is an interview Dylan conducted with Emily & Jeremy a while back.

This graphic novel feels like Sword in the Stone meets Old Man and the Sea. It's a coming of age story about a young boy apprenticed to an old sorcerer but instead of whacky adventures and learning about responsibility, he is resigned to a cold life of near cruelty. The dialogue is sparse, and David Wrangham shows but one facet of a world that cannot be contained by this small story.
Check out the preview pages on their website.

"THE COMIC STRIP CLUB"
This group of three artists have one thing in common: they are hysterical!
Their pulpy mini-comics are worth hunting down and get exponentially more polished with each issue. At this rate, RoK #10 will be poly-bagged with a holo-foil cover.

This book is epic awesome of epic awesomeness. Do you like vikings? Do you like metal? Do you think Sailor Moon needed more Black Metal? Then this is the mini-comic series for you!

This series is delightfully demented. Imagine House, but it's a world of mythical creatures. The cartoon doesn't quite do it justice, but it's still worth a look to get an idea of what this series is like.
Pick up her books here - www.storenvy.com/stores/34438-miss-kelly-martin

Her mini-comic about cooking doesn't seem to be available online, but I bet if you asked her real nicely, she might be able to send you one for a small fee... insolent mortals!

This is a world where nightmares become reality and Sam Whol's incredible pencils convey that darkness perfectly. While Josh Self & Orlando Rivera pack this first issue with a lot of exposition, what is here is exciting and certainly worth a peak if you're into exploding heads and crazy beasts.

If you are at all familiar with Scott McCloud's Understanding Comics, and think it needs to be taken down a peg, then this book is for you! Want to know what corners to cut and still have your book sell a million copies? Tim and Mike will reveal all, dear reader. Just make sure you get all five variant covers. You never know which one might become valuable later.

WEB COMICS
The Adventures of the 19XX - adventuresofthe19xx.com

We have been meaning to do an interview with Paul Roman Martinez for a while. His web comic The Adventures of the 19XX is a well researched and fully realized alternate history of the world between WWI & WWII where Tesla and Houdini can rub elbows saving the world from the forces of evil. If you like pulp heroes or the adventures of Tin Tin, this throwback to early comic strips with a modern art sheen is certainly going to scratch a rather niche itch.

Check out this far-out groovy web comic (updates Tuesday) set in the 1960s, it's got crazy powers and a social revolution. If you're not going to open up your mind to what these dudes are preachin', then you're just another sheep.

A regular contributor to the Erstwhile fairytale anthology, and creator of the ongoing web comics Missing Monday, & the autobiographical comic The Littlest Elle, Elle Skinner is a very busy creator! Take a sick day off of work and get better acquainted with her work. We talked to your boss already. They're cool with it. You won't regret it.

This beautiful web comic feels like you're cracking open a book of Grimm's fairy tales for the first time. Christy's lush colors bring a strong mood to the series without being overbearing. And since the story is just beginning, now is the best time to dive in and get to know Trystan and her magical cursed doll (still waiting for a plush). 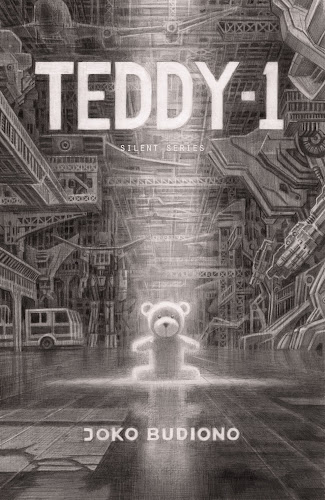 We love checking in with Joko at every convention because his energy is infectious. If you haven't heard our interview with him from a while back, do yourself a favor and give it a listen.
Joko Budiono's Teddy-1 is a wordless graphic novel that was easily one of the best books of 2012. The level of detail and emotional impact that he manages to get from a story about firefighters in giant robots will astonish you. You can get a copy off of Amazon for a pretty reasonable price.

Jen Oaks' illustrations have a clear clean line that is hard to resist. At home with copious detail work or light figures, her compositions have a great sense of balance and beautiful color.

Hope you enjoyed this glimpse into the exciting event that is APE. We hope they find a new location and that we can bring you even more comics that are off the beaten path next year.
Thanks for listening!

Posted by Unknown at 1:35 AM No comments: 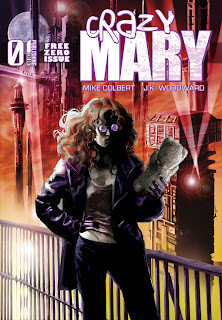 Check out these pages from his Yar's Revenge pitch!:

Posted by Unknown at 4:03 PM No comments: 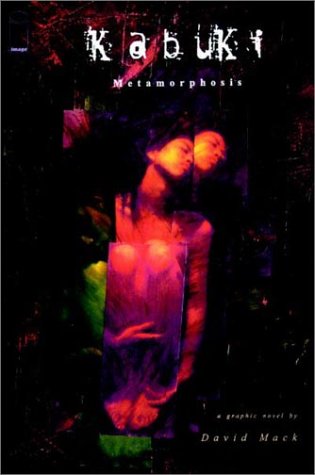 This episode: Chris, Derek, Dylan and Nicole continue their discussion of David Mack's series Kabuki by talking about Volume 5: Metamorphosis. It's been a while since our last Kabuki episode, and a lot has changed for us personally. We ask if a comic can go for Baroque and still be readable, when is swiping okay, and when is it a crime, and what the heck is a wheelhouse anyway?
Also, since David Mack's art has to be seen to be believed, here are a few pages to give you an idea of what we are talking about. 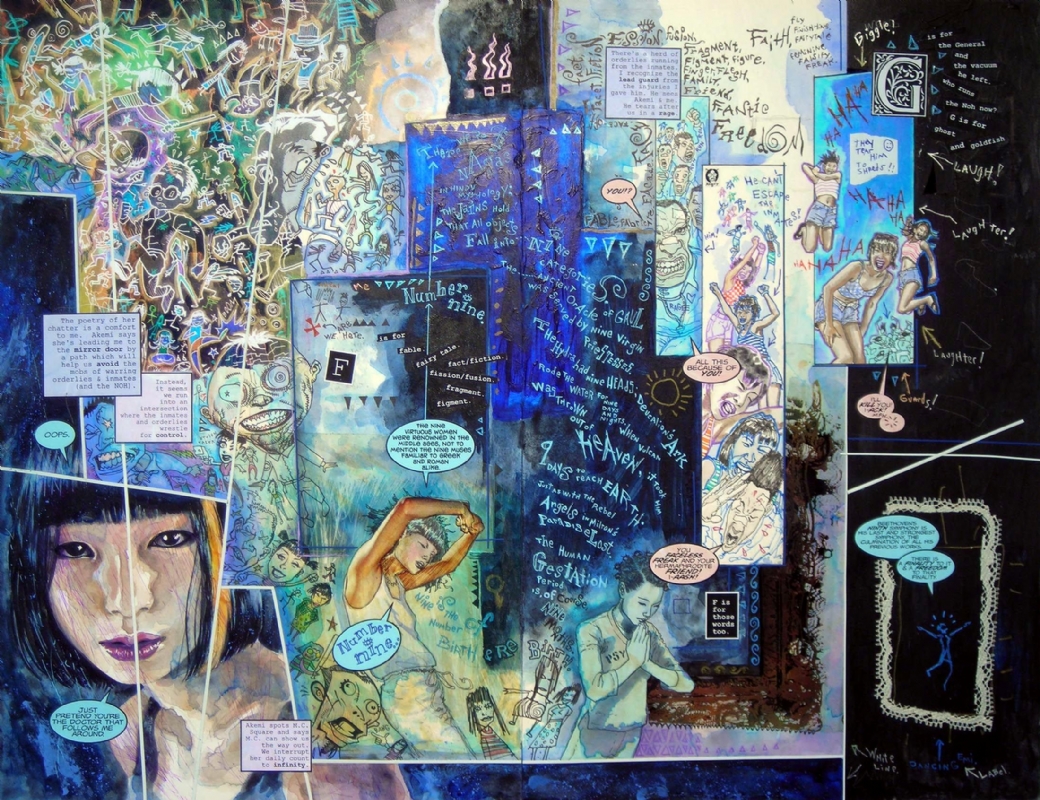 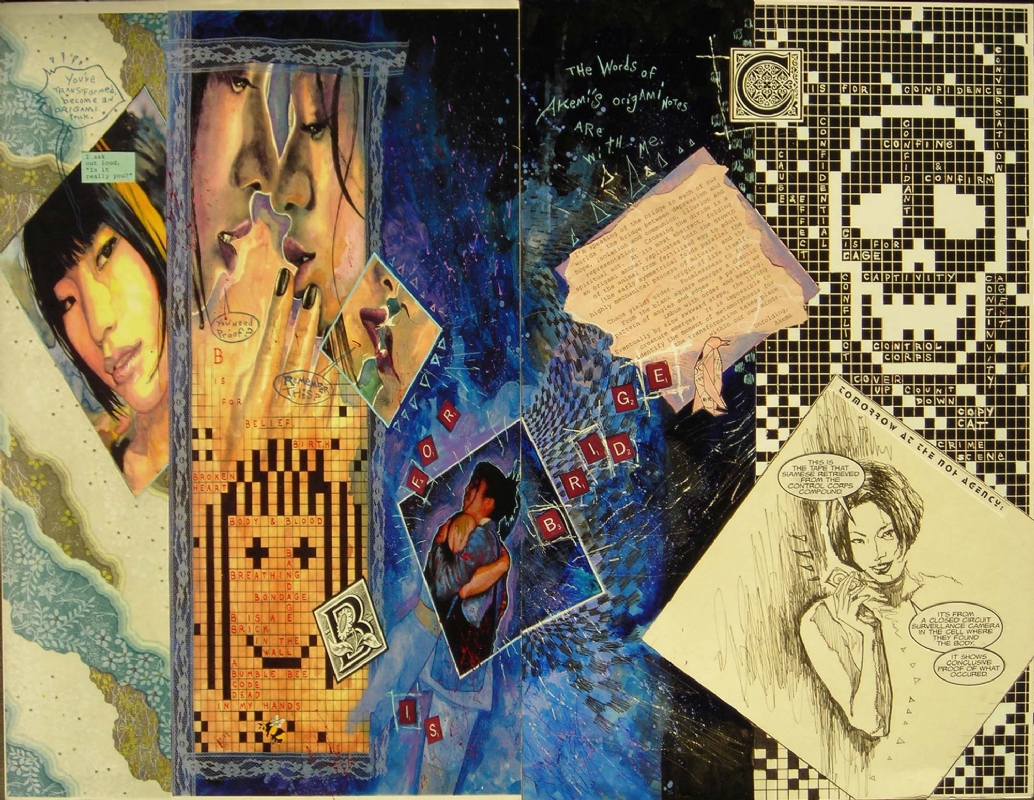 This episode has been graciously sponsored by the wonderful people at 01 Publishing.
Be sure and check out their titles Crazy Mary and Utopiates because we will be talking to their creators in our next episode. 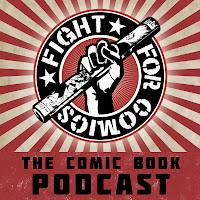 And another big thank you to The Wednesday Warriors for their donation to our show. Check out their Fight For Comics Podcast and get another perspective on the comic book battlefield. 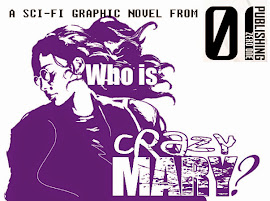 Help keep us going by sending some money our way. Every 25th person to donate $10 or more gets a free "Book of the Month" of their choice!

BROUGHT TO YOU BY